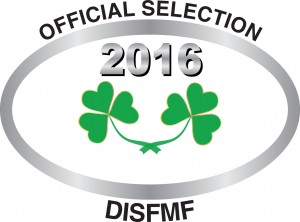 Here is the short film selection for 2016, a programme will be up by the end of the week. Congratulation to all the selected.

Save, Directed by Ivan Sainz-Pardo, 4min, Spain and Germany 2016, Thriller

In The Valley of the Moon, Directed by Brian Rossney, 14min, Ireland 2015, Drama

Call It As You Wish, Directed by Kiryl Halitsky, 30min, Belarus 2016, Drama

Believe It Or Not, Directed by Carl Murphy, 6min, Ireland 2016, Comedy-Thriller

My Mother Once Told Me, Directed by Phil Davin, 7min, Ireland 2016, Drama