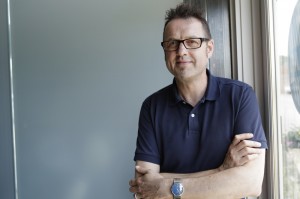 “Linear Storytelling in an interactive age -How do we protect our personal stories when the audience expects to be a part of them?”

Entry 5 euro, the workshop include the last programme at the Cineworld
John is a Film, Television and Video games Director based in London, England. His film “Red Source” was shortlisted for 2014′s “Small Axe” radical short film award. His films “The secret songs of Butterfish”, “Electric Frank” & “First Communion Day” have been shown at festivals worldwide and won several awards at Chicago, Locarno, Brussels among others.
He has directed numerous episodes of television Drama for BBC, CBBC, ITV & Channel 4 including “Eastenders” & “Casualty”.
His latest Video game “007 Legends” on which he directed motion capture, voice & animation for the cut scenes saw him lucky enough to direct Judi Dench, Naomi Harris and Rory Kinnear.
John teaches acting for screen at several drama schools and directing actors at several Film Schools.
Hi’s short film ,,The day after Stonewall died” winner of Cannes Short Film Festival will be screened at the Cineworld from 3:25pm